The Atomic Era conviction that computers will eliminate the need for translators – or even the need to learn foreign languages at all – within a few short years still persists. But will it?

On the 7th of January 1954 the world witnessed what would be if not the first, then certainly the most famous machine translation (MT) demonstration. Now known as Georgetown–IBM experiment, the event showcased the power of machine translation – an IBM 701 successfully translated more than 60 sentences from (Romanized) Russian to English, fully automatically. The experiment was publicized extensively, leading to a widespread belief that MT would completely replace human translators within a few short years.

Fast forward sixty odd years, the MT is far more sophisticated and used daily by everyone, the human translators are still very much around, as well as the Atomic Era conviction that computers will eliminate the need for translators, or even the need to learn foreign languages at all – within a few short years. But will it?

Machines can replace some translators

There are translators who understand their job as a process of replacing words from one language to another, without being much concerned about the context, meaning, style and other elements of communication (while the communication of meaning between languages is the very essence of translation), and this is the type of translators than can be replaced by MT.

Simply put, machines can replace the people who translate like machines.

Computers are logical, people are not

Earlier this year, both Google and Facebook announced their shift from statistical machine translation paradigm to a new model based on neural networks. Statistical models mine bilingual text corpora for corresponding elements, but this material usually consists of formal documents composed in a standardized language that doesn’t have much in common with the everyday speech.

Succinctly speaking, the idea is to apply artificial intelligence and mine more informal data such as social media posts, with the purpose of communicating figures of speech, idiomatic expressions, regionalisms, slang and other spoken elements accurately between the languages. 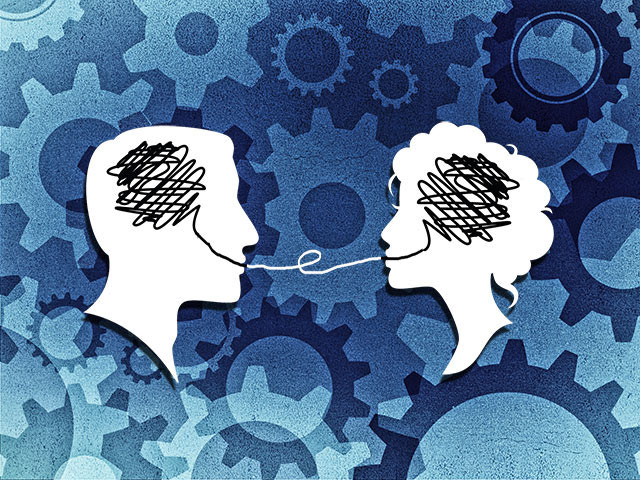 All these exclusively human qualities and limitations form a crucial part of communication, both verbal and non-verbal. An MT paradigm that will be able to replace human translators will therefore have to be able to operate on both logical and illogical levels at the same time. We cannot know what may happen in the millennia to come, but for the time being this doesn’t seem very likely.

Once upon a time, translators wrote on clay tablets. Then came papyri and quills, pens, notebooks, typewriters, personal computers and text editors, CAT tools and finally MT, and the development of technology has always been there to make the translation process easier, but never eliminated the need for professional human translators.

Perhaps one day we will all be flying around the universe in personal spaceships with Babel fish stuck in our ears and communicating with the fellow terrestrials and extraterrestrials telepathically and we will no longer need translators and language teachers. But that day is still very, very distant.

We help life sciences, IT & software and technology and manufacturing industries communicate their message to the foreign markets and secure a positive presence on a global scale.

All Solutions at a Glance

Speed of Professional Human Translation: How Much Time Do We Have for Quality?

In almost every survey that we have ever conducted in our efforts to learn more about the expectations of our clients, turnaround time is featured among the top 3 challenges that our clients want to see resolved.

Patient-facing content includes all medical and pharmaceutical materials targeted at patients and end users who are not necessarily familiar with expert terminology and procedures.

Depending on their purpose, these materials may cover a wide range of topics, from legal information to instructions for use of medical devices, and all of this must be conveyed in a clear and unambiguous manner to make the information understandable to the non-expert target audiences.

We may perceive translation in various ways – it may be good, bad, correct, incorrect, fluent, awkward, poetic, mechanical and so on – but it is easy to forget that translation is actually an asset. To be more precise, our painstakingly and successfully localized materials for specific markets are assets simply by virtue of their function – they generate profit, reduce expenses and improve sales.