Ciklopea, the regional leader in providing translation and localization services, has started a new business decade by opening a new office in Belgrade, the capital of the Republic of Serbia and one of the leading regional centers with a population of more than 1.5 million. Its area and population (7.2 million) make Serbia one of the biggest countries in the region of South East Europe whose economy is based on the service sector and industrial production, primarily automotive and energy industry and developed agriculture.

Opening a branch office in Belgrade represents a significant step forward in positioning on the Serbian market, where Ciklopea has been present since 2008 as a consortium member through participation in the biggest project of translation in the Republic of Serbia, during which more than 16,000 pages of documents of the acquis communautaire of the European Union were translated into the Serbian language. Ciklopea is one of the leading providers of translation and localization services for the Serbian language and market today. 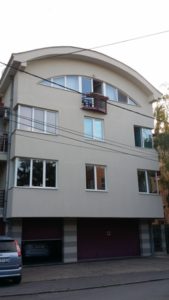 As an addition to the existing offices in Zagreb and Rijeka, Ciklopea’s new office in Belgrade signifies the expansion of its operational infrastructure and physical presence in the region of South East Europe. Ciklopea’s network of offices places its recognizable expertise at the disposal of the regional market and brings it even closer to its current and future partners.

Ciklopea is known as the employer of choice and partner to the best talents in the language services industry. It helps its clients to overcome linguistic and cultural barriers and makes their communication with the target market fast and efficient.